I wasn’t expecting to write a post here but with some holiday attrition, here we go. It seems a good opportunity to pick up on some of the questions of sound that Veit Erlmann raised in his engaging post, “The Missing Ear” just before the holiday break, and particularly those tied up with the middle section of Passage, “Riss.”

At risk of stating the obvious (ok, I definitely am), the large-scale motion of the book, as articulated by its major subdivisions, is: “The Great Bureaucracy” to “Rupture” (Riss), arriving at “Electrical Circuits.” Siegert defines the Rupture in several different places, but in broad strokes, it is the moment of passage from the varieties of proto-digital ways of processing the world into a post-Leibnizian world of strange flows that are contingent, (often) continuous, and wavelike. Yet these flows can also be subjected to analysis that reduces them to discrete, composite parts, as well, a seemingly innocuous shift but one with significant consequences.

The bulk of “Riss” is made up of the chapter, “Media of the Unconscious” (Medien des Unbewußten). The chapter builds on the previous chapter’s discussion of electricity, Euler and Fourier, highlighting some of the foundational elements of the emerging age of electrical media. Again, I find Siegert’s own outline (by way of his section headings) to be instructive, so I’m including them (in very crude overly-literal translation, since so many of these depend on wordplay):

“Hearing Writing”: Recording the Self (Selbst-Aufzeichnung)

The Flash (Blitz) in the Eye: Volta and Ritter

“Writing in Water”: The Fluidity (Fluidum) of the Transcendental

From Kant to Hegel

Electrification of the Transcendental: Oersted

Veit touched on several of these issues (like the role of figures like Johann Wilhelm Ritter, whose experiments with electrical current on his own sensory organs confirm his place as a “post-Cartesian subject,” 273), and I’ll come back to some of these points. But I mostly want to indulge in thinking about what Siegert manages to do here with thinking in/through/about sound. And it’s of course very fitting to have this post on the heels of Veit’s post, since his book, Reason and Resonance, sets out to rethink many of the touchstone ideas of European modernity from a sonic perspective.

One aspect of Siegert’s writing that strikes me is the aesthetics of it. It would be a stretch to say that Passage is itself musical, but Siegert clearly is thinking in terms of rhythms and sounds as he writes—and as he reads. One of his frequent refrains is Leibniz’s comment, “A thing is, is not.” He opens “Media of the Unconscious” with a brief meditation on this phrase that highlights the temporal unfolding of speech and reading:

Something ceases to not write itself. “A thing is, is not,” wrote Leibniz in the margins of his observations on counting with zero and one. An aphorism, which despite its brevity defines a concept of literature which alternates between a logic of position and signal processing. From a purely formal perspective, this proposition appears—depending on whether one supplies an “and” or an “or”—to assert the truthfulness of a contradiction or the contingency of the “thing.” Either one of the two contradictory propositions is necessarily true or false, or else the proposition asserts that “coincidence can just as well exist now or be imminent” [ed: quoting Aristotle]. But in Leibniz’s aphorism, the two clauses are joined with neither an “and” nor an “or,” but rather only by a comma and a space (Spatium), operators which affect the proposition as signal processing. The paradox of the proposition is resolved through the execution of its reading [ed: by reading it], through the act of its processing by the eyes or the speech organs, not by that which it means. “A thing is”—pause—“is not.” What the sentence speaks of becomes a reality in the execution of its performance: A pause is, and is not. Logic is contradicted by a short-circuit between the signified and performance, which precisely defines a signal. To the degree it reveals an impulse which is a function of time, the sentence “A thing is, is not” contravenes not Aristotelian logic but rather (avant la lettre) Lessing’s laws of aesthetics. Hegel’s logic will elevate such propositions as principles of philosophical discourse. (225-226)

The layering here runs deep: not only does Leibniz’s proposition perform its own meaning, Siegert’s playful style seems to perform its own methodology as well. We are reading along with him—he’s essentially writing out his performative reading for us to read. (And he’s doing so performatively!) It’s like Derrida’s “Différance,” but with a beat to it.

I bring this up not merely to highlight the (occasional) musicality of his writing but to try to get at a deeper issue that seems at play in Passage, especially in the section on “Riss”: the possibility of a sonic archaeology, especially one that predates the phonograph, and that is perhaps articulated in a more sound-friendly way than exlusively writing words. I’m reading here in a pretty unabashedly biased way—much of the time, I’m looking for sound. That’s in part a function of academic disciplining and of pragmatism, but it also generates a certain throughline in the text. As Veit wrote in his post last time, it doesn’t seem coincidental that “around 1800” there’s a rupture that cuts across music, acoustics, and other scientific discplines (e.g., physics more generally) that are studying waves or other related phenomena. In any case, the rupture here is rife with sound—both as a tool for understanding other aspects of the world and as a phenomenon in its own right. (Or more accurately, a whole range of phenomena, ranging from ocean waves to Chladni figures to early speech synthesis.)

Siegert’s focus on Ernst Chladni’s experimentation with nodal patterns on plates and its reception by his contemporaries, especially Wilhelm Ritter, offers a central example in the rupture in question. The basics are wikipedia-able (and increasingly canonical for sound studies), but in short, here is Siegert’s take, with emphasis on the idea of “figures,” a central trope for him in constructing a post-Leibnizian world. Chladni, according to Siegert, developed “methods of representation of analytically unrepresentable sounds” in which he used “square or round plates of glass or copper” to cause “sounding bodies” (klingende Körper, Chladni’s term) “to simultaneously produce a tone and record it” (253). This is done by placing sand on top of the plates and causing the plates to vibrate (e.g., with a violin bow) and the sand produces a negative-image of the vibration: “The vibrations displace the sand from all vibrating parts of the plates and leave it behind only on places at rest. Writing here means erasing. Or stated differently: The prepared glass or copper disc is the first example of the application of a sensitive film—here, a sound-sensitive film—for recording a sensation of frequency. Analogous to the photographic negatives of Henry Fox Talbot, one could say that Chladni had “phonographed” sound” (ibid.) The figures Chladni produced, like Fourier’s series, constitute a symptom of the break with classical analysis and its office spaces: “The bureau is no longer the place in which ‘immutable mobiles’ are processed with the help of an algebra, it is a place in which things—either as functions of time or as functions of frequency—register themselves. The bureau ceases to be the operating room of the analytical and begins to be the operating room of the non-analytical, a medium of unconscious inscription” (254).

Furthermore, these inscribing functions belong to an order of signals, not of representative signs: “These are media of the non-analytical, which reveal the imperative nature of sound by bringing forth a figure which is a sign of an operation and thus unreadable by a reading which understands these signs as “signes” (in the sense of the Encyclopédie), that is, as something which is designed to represent something else. Chladni’s sound figures are signs of the operation of hearing itself. We read hearing in them. This is exactly how Johann Wilhelm Ritter understood it: ‘So every sound has its own unmediated letter; and it is a question whether we don’t solely hear writing—reading, when we’re hearing—seeing writing!’” (258). The self-experimenting Ritter finds in Chladni’s work a fantasy of human understanding of the real—to become a “self-comprehending speech machine,” a kind of proto-cyborg that intuitively grasps within him/her/itself the real, along the lines of Chladni figures (sound) and Lichtenberg figures (electricity) (260-261).

Siegert’s meditation on Chladni and sound comes to a close with a comparison of two musical instruments: the glass harmonica, invented by Benjamin Franklin with technical apparatus similar to early electrical devices and known for its overwhelming affective capacities, and the clavichord, a much more respectable keyboard instrument that effectively articulated the transcendental ideals of the period as an organ of the soul (Seelenorgan). Chladni would invent a glass euphon to try to split the difference between the parodic spectacle of the glass harmonica and the disciplined virtuosity of the clavichord. But the rupture between these competing systems was already apparent (264-267).

Siegert’s path then continues through figures like Ritter, Soemmerring, Kant, and finally Ørsted, but I’ll stop here with just a few brief observations. Again, sound and sound technologies (which are, obviously, not the same thing) offer fertile ground for a kind of archaeological digging. Siegert oscillates (fittingly) between two different types of analysis here: sometimes sound is the signal, sometimes it is the medium transmitting it (or storing/processing). And sometimes, when you get lucky, it’s both, as with the Chladni plates. Siegert would likely not self-identify as a sonic or media archaeologist. Yet his approach here suggests a way to begin looking at historical constellations of humans, instruments, equations, sandy plates, and sound itself as what Geoffrey Winthrop-Young described as the networks of “actors, things and practices that, coming together, give rise to established cultural practices.” He continues, “Out of these operations emerge those entities we subsequently tend to view as the foundations of culture. Actors will turn into subjects, things will turn into objects, and practices will be seen as either emanations of careful, deliberate planning toward a predetermined goal or the natural results of essential human traits.” Yes, and: these techniques are still prone to (and sometimes the cause of) ruptures, the unexpected moments where Chladni figures start inscribing themselves and musical instruments become the terrain for philosophical turf wars. After all, it’s not just other media things: a sonic thing is, is not…too. 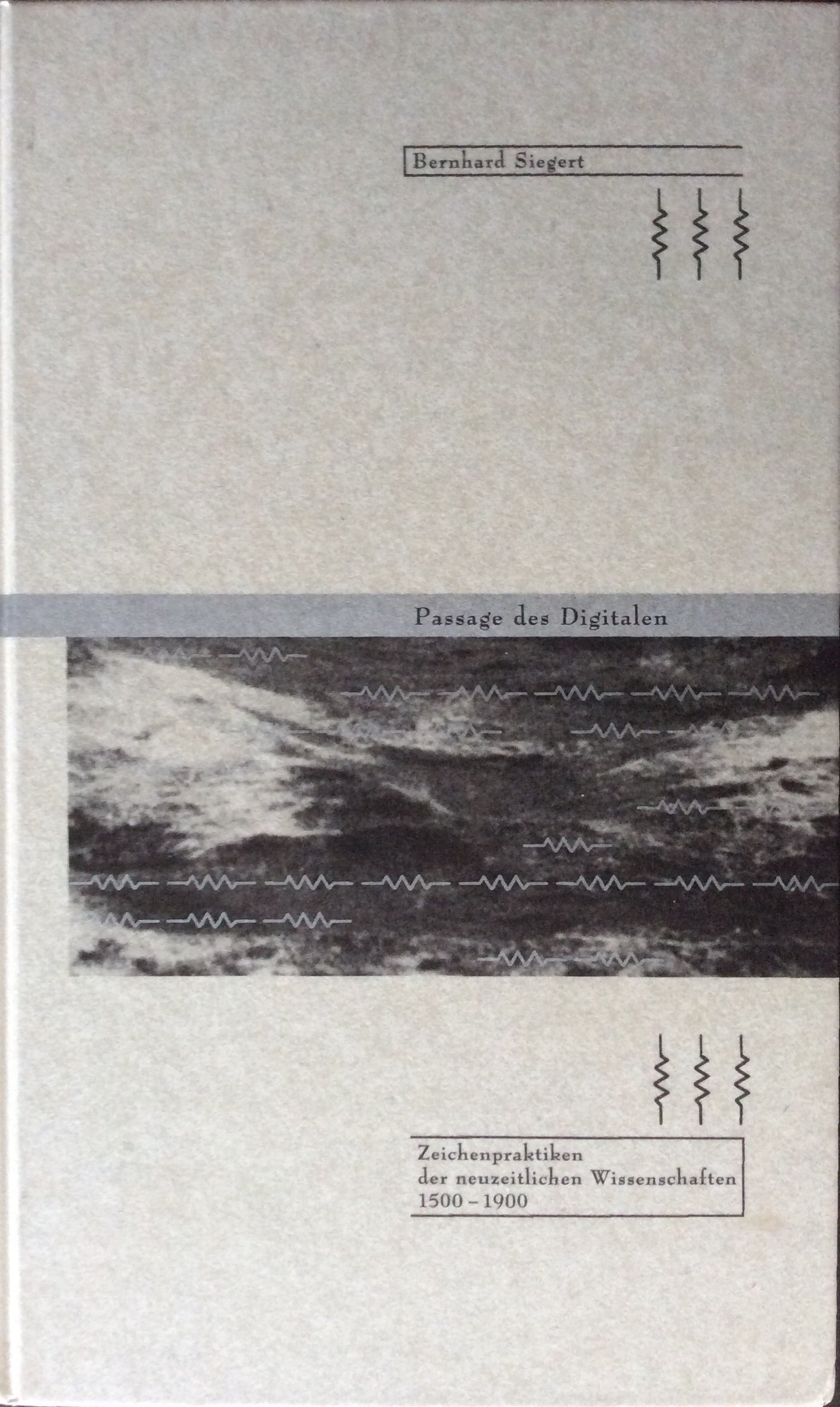